How To Built a Chicken Coop… Hopefully

We have always wanted chickens.  Not sure why – but Shala & I both have always wanted them.  Suckers for punishment I guess.  As if gardening wasn’t enough, or raising a child and dogs… and and and…  let’s throw some chickens in there.  Why not?

So this weekend we began work on our chicken coop.  We found an epic design online that is pretty detailed, and I am fairly handy – so why not give it a shot.  The coolest part of this is the fact that when we built our house, I asked the builder to leave as much of the “scrap” lumber for me – as I planned to build Shala a photography studio at some point.  So we are probably a ways away from having a photography studio – since we are still waiting on our land to be properly graded… and we need to build a fence still… and a chicken coop.  See what I mean?  Let’s just throw some chickens in there, it will be fun they said.

So back to what makes this awesome… we have tons of free wood (free, well kinda – we will just pay like 10 billion dollars over 30 years in interest for it; but you know).

So there was more, and this picture doesn’t really do it justice – as some of these boards are upwards of 20+ feet.  Also, lots of them are 2×6’s – which means worse case I can rip them and get even more lumber out of the whole thing.   So anyhow – lots of wood.  The bad news?  We have to pull nails, as a lot of them were used for scaffolding and bracing – so that’s the downside.  So Saturday I talked my BIL into coming over (I bribed him w/ beer) and helping me clean up some of the wood – so it would be usable.  We did this for about 2 hours.  This is what we ended up with – at least to get started. 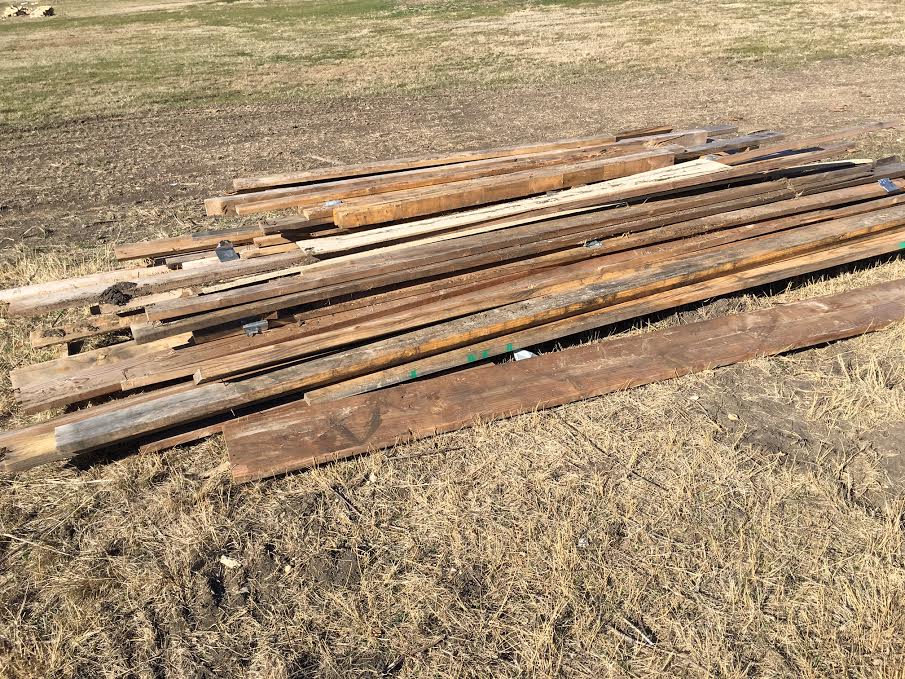 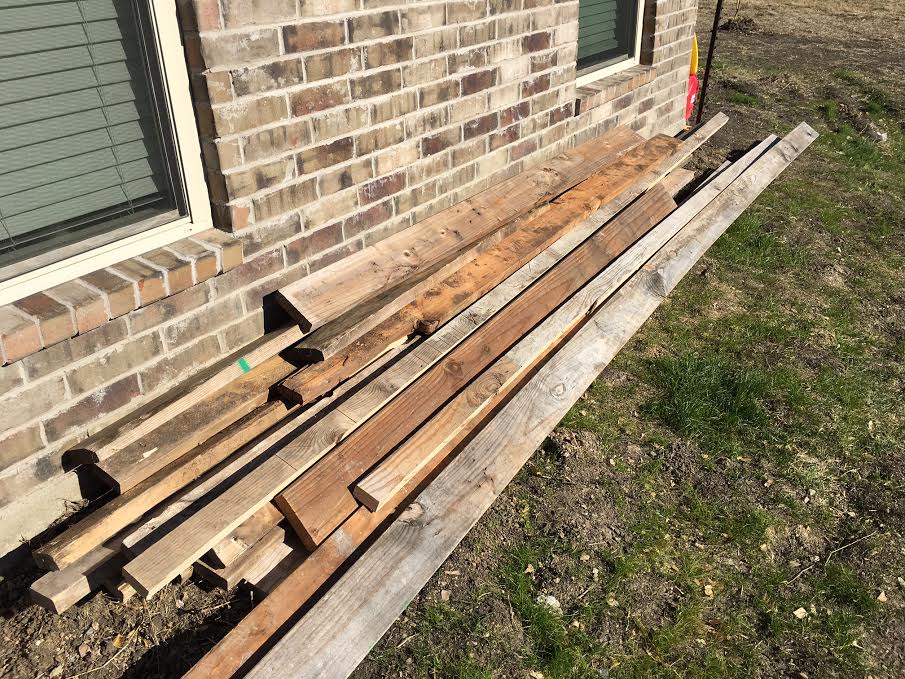 Not a bad start – gave me enough that on Sunday morning I was able to build essentially the bottom plate – which I designed to have skids on each side so we can move it around as needed (if all goes as planned).  When it is all said & done, I hope to get in there and add some wheels to one side, so that way we can move it around & let the chickens work out land a bit.

So after a bit of planning, and some cutting & nailing – we ended up w/ the following… not that sexy – but I told Shala… “building this made me so happy.”  I haven’t got to build in a while.  You see, at the house we lived in first (after relocating to DFW) – we didn’t have much space.  It was in an HOA – so honestly we didn’t have room to build.  Then once we sold – we lived in an apartment for 6 mths while our house was being built… yeah.  Fast forward to now – and here we are and FINALLY I get to build.  So taking a few 15 foot 2×6(s) and fastening them to a few 2×4(s) sounds & is… sexy as hell for me.  So here we sit after about 4 total hours of work.  Boring, I know. 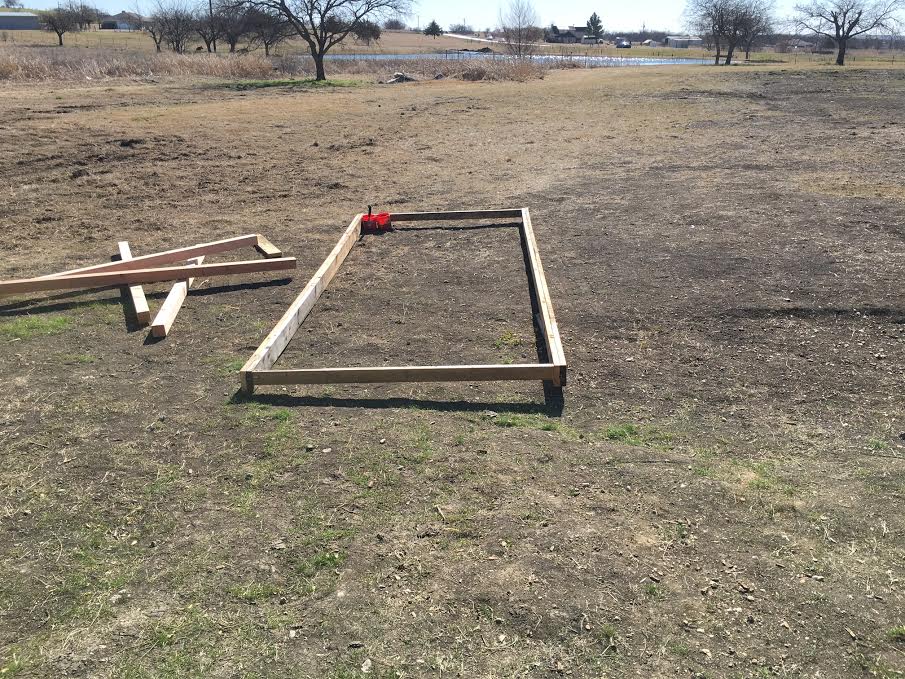 You are probably asking – what exactly will this look like when you are done?  Because right now it looks like a shitty box frame.  That’s it, you put the chickens in that box frame and you are good to go!  NEXT PROJECT PLEASE.  No.  See below… 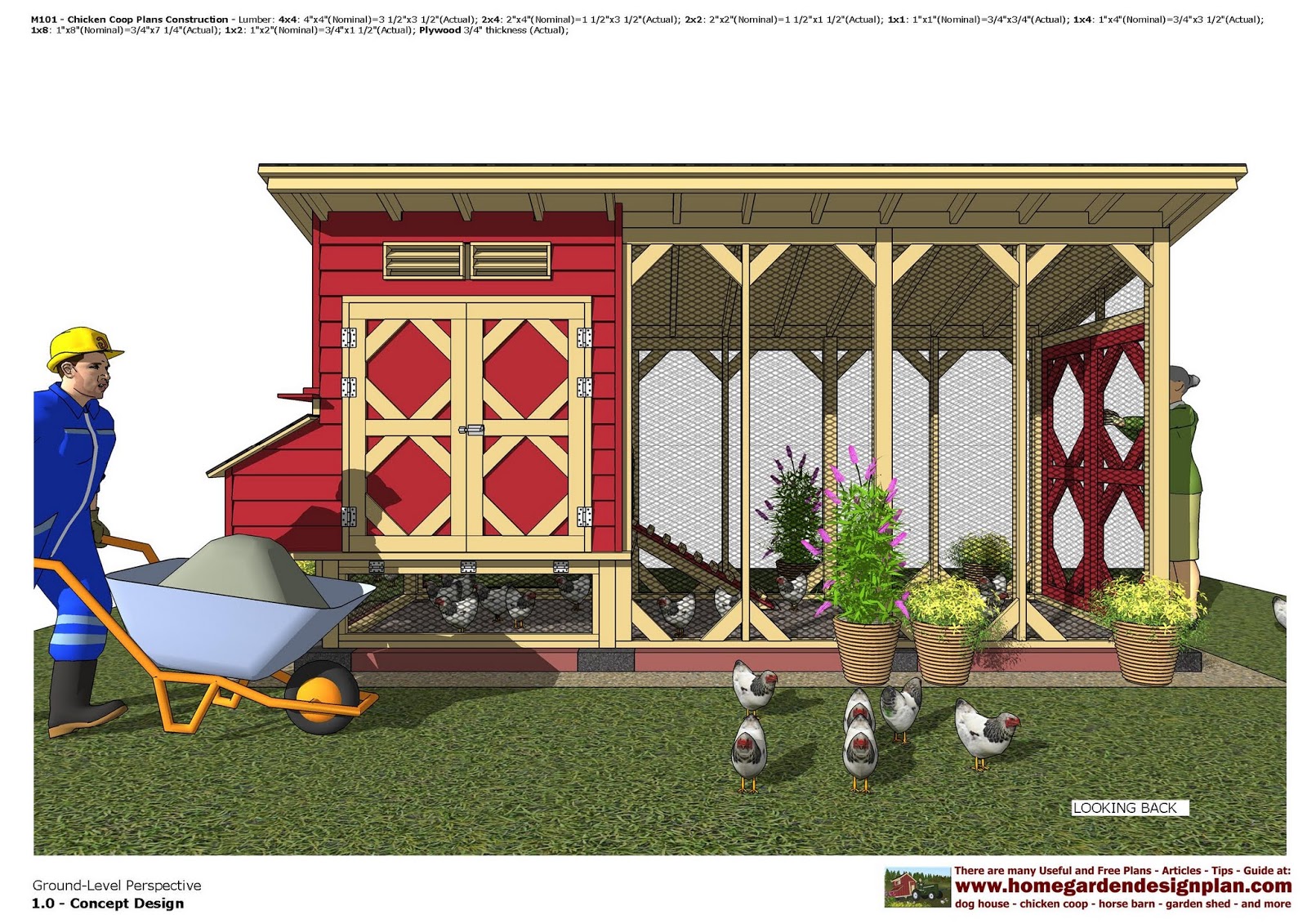 Hopefully it will turn out “close” to that at least.  W/ a lil Double Danger charm added to it.  And that is totally me pushing the wheel barrel around w/ my construction hat on.  Not to mention that is Shala in her teacher’s uniform and gray hair.  Pretty cool huh?  Feel free to go check out the cool designs over @ www.homegardendesignplan.com