We let the little ladies enjoy a little time outside on Friday.  It’s still too cool for them to stay out too long, but we want them to have a little time in nature and get some sunshine.  I decided to get a few pictures of them while they are still so tiny and introduce each one of them.  We each got to pick two chicks to start out with.  I picked the Barred Rocks, James picked the Production Reds and Liam picked the Buff Orpingtons. 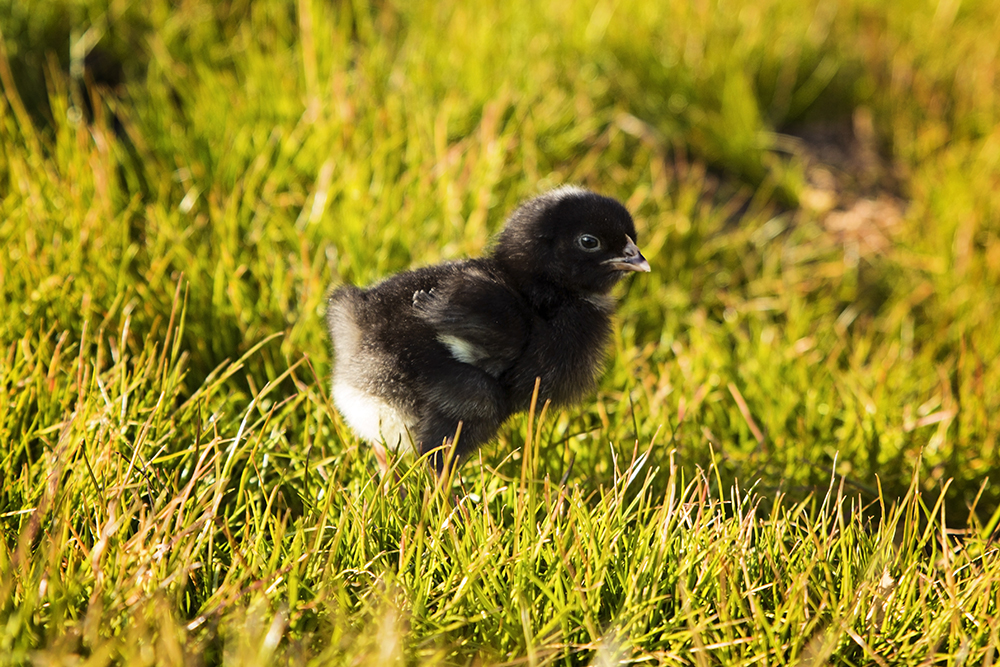 First up is Peppa and she is a Barred Rock.  We think that she was probably a day older than the other girls when we got them.  She has always stood a little taller and because of this seems to be taking on the boss roll.  If she wants food or water the others move out of her way and give her what she wants.  She is also SO LOUD.  When we hold her she will definitely let us know when she is DONE and wants back in her home. 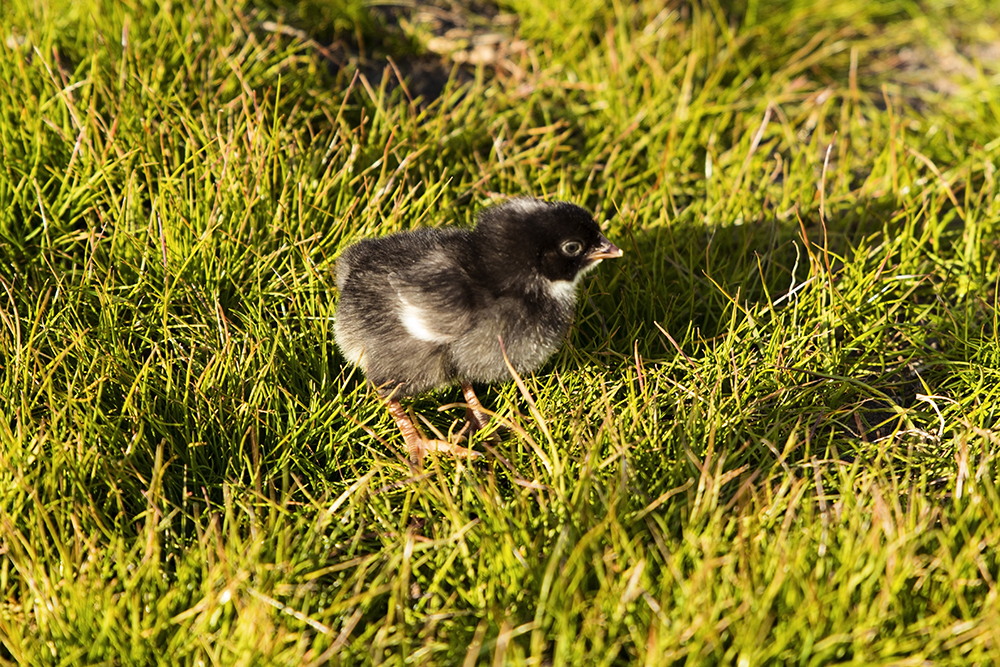 Our other Barred Rock is Susie.  She is smaller and quieter than Peppa and the white spot on the top of her head is smaller, so right now they are pretty easy to tell apart.  I’m anxious to see if we will still be able to tell all of the pairs apart as they grow. 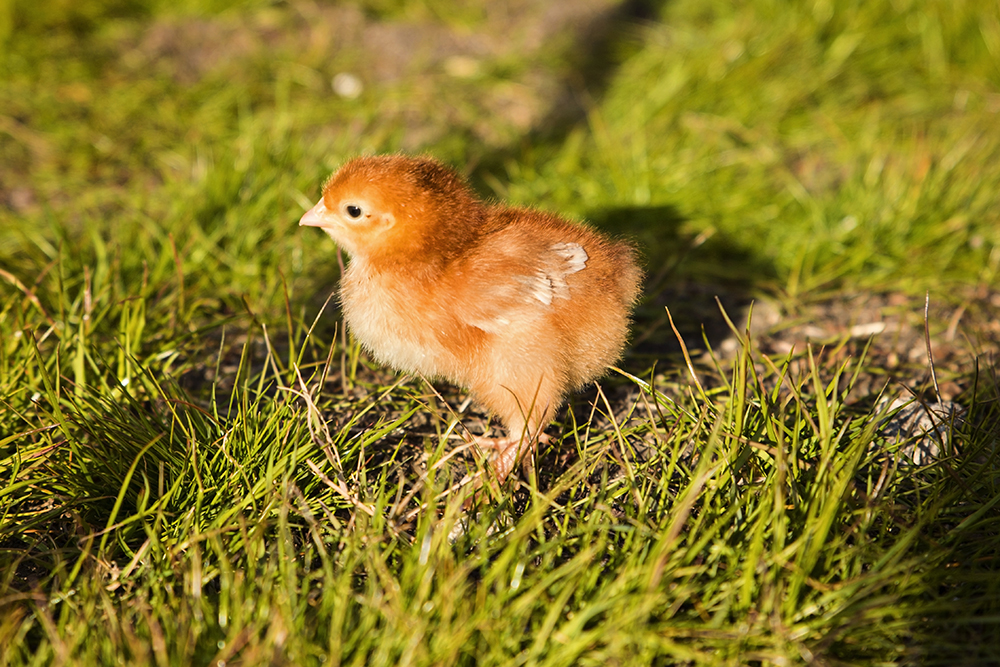 Meet Red the Production Red.  She is big!  Not as tall as Peppa, but bigger than the other girls.  In pecking order it seems like she is the number 2 in line.  They have been home for three days and she has the most real feathers. 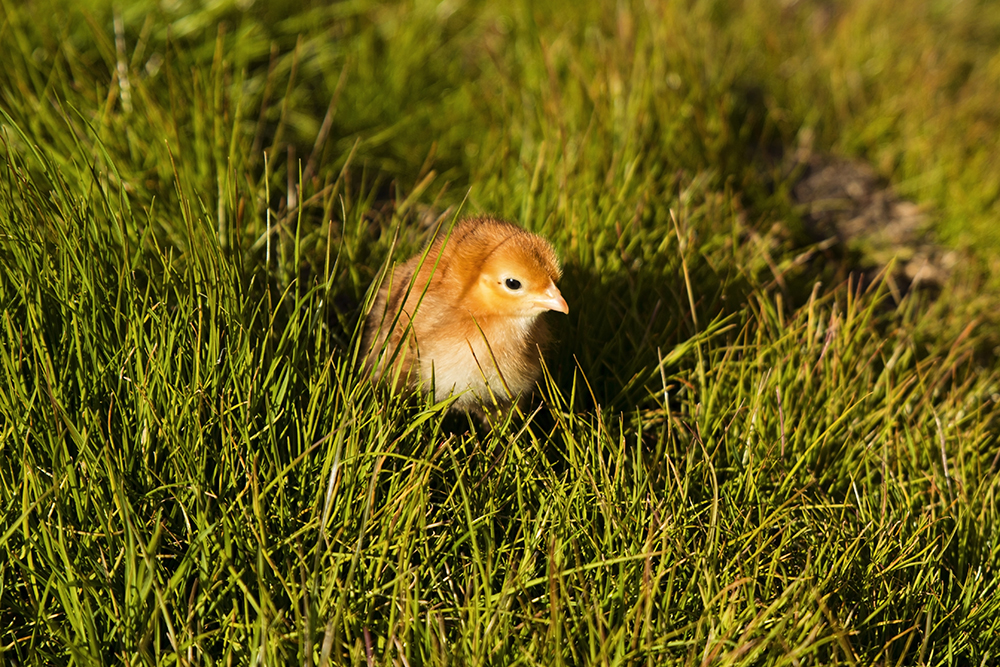 This is Carly, our second Production Red.  She is the smallest of the group and so far is very calm and quiet.  I think she may be a day or two younger than the others or maybe she is just small. 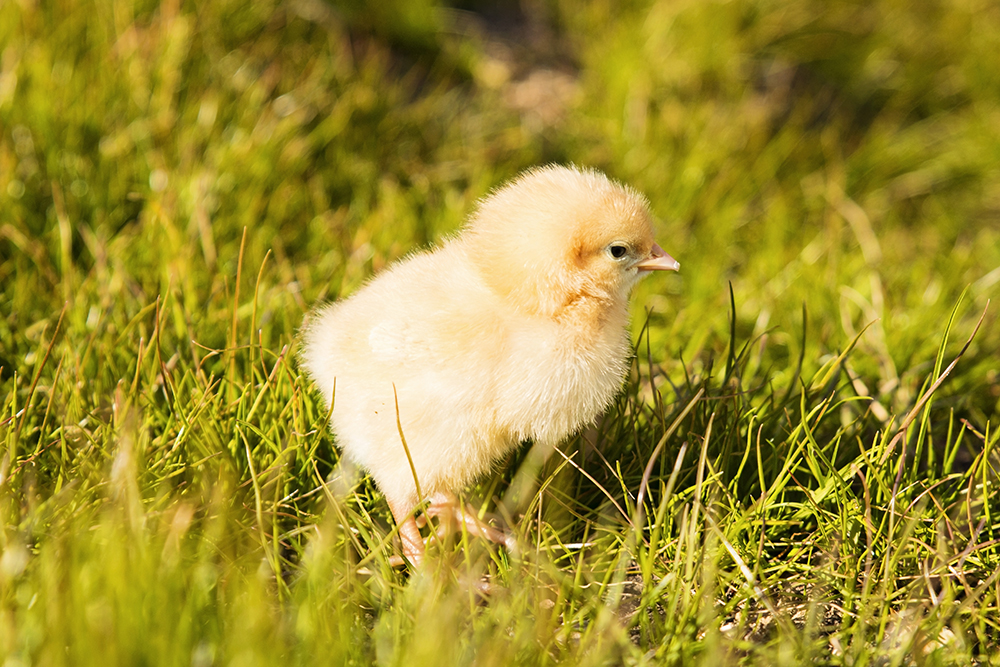 Liam wanted plain yellow chicks (Buff Orpington) and picked his two really fast.  His first pick was Chloe and she is so fluffy!  Every time I check on them when the snack cake is in their brooder, she is eating.  She also scratches a lot and eats the food that has fallen out of the feeder.  This little girl likes the food! 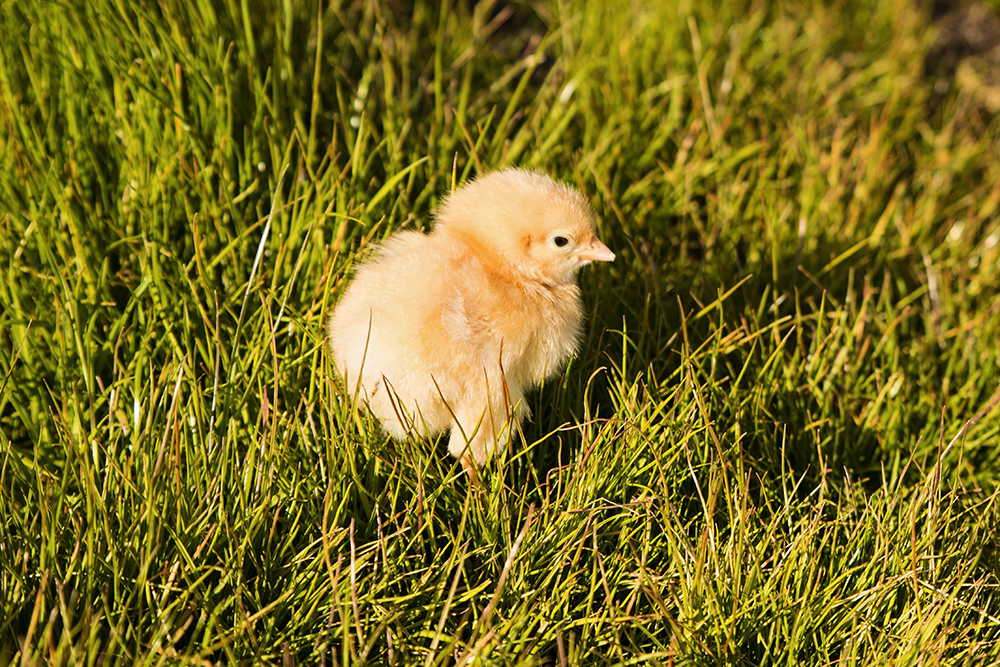 Last but not least is Zoe.  She is just a little bigger than Carly, so is on the smaller side.  Liam holds her and Chloe a lot and they tolerate him pretty well, but out of the two I think Zoe tolerates him better.  Let’s be honest a 5 year old boy can make anyone nervous, so I’m glad all of the girls are letting him hold them and love on them. 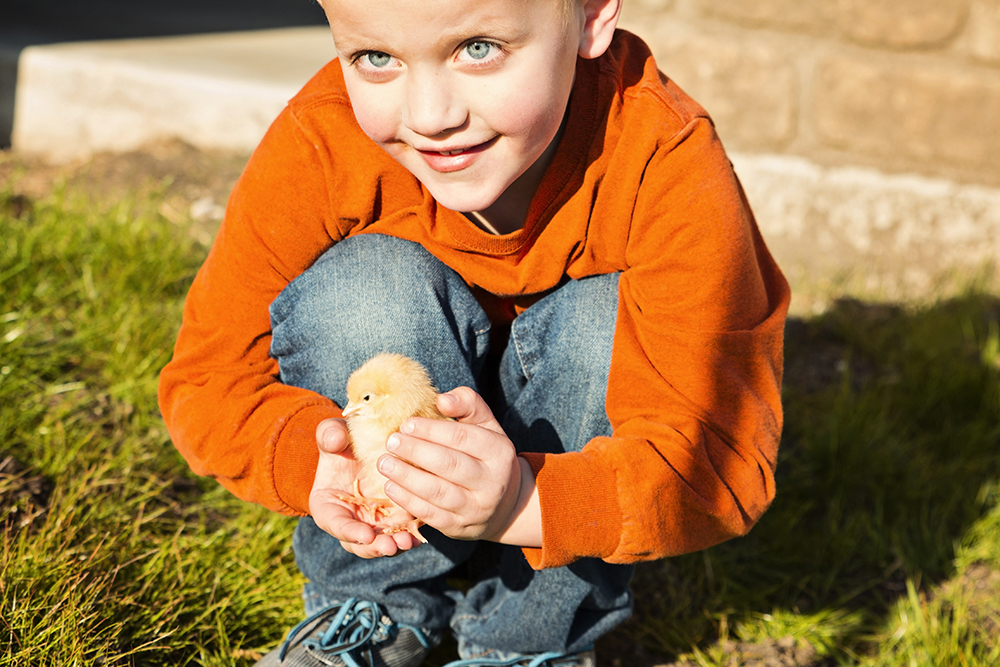 I knew that Liam would love them, but I underestimated just how crazy about them he would be.  Every morning he is anxious to check on the babies and is pretty careful with them for the most part.  We do have to remind him to be gentle and not to move too fast around them.  I like to sneak out to the garage and spend some time with them by myself.  They are definitely calmer when he isn’t around flapping his own little wings at them!

This new adventure has already been a ton of fun.  I can’t wait to see the coop complete and start getting eggs from our girls!