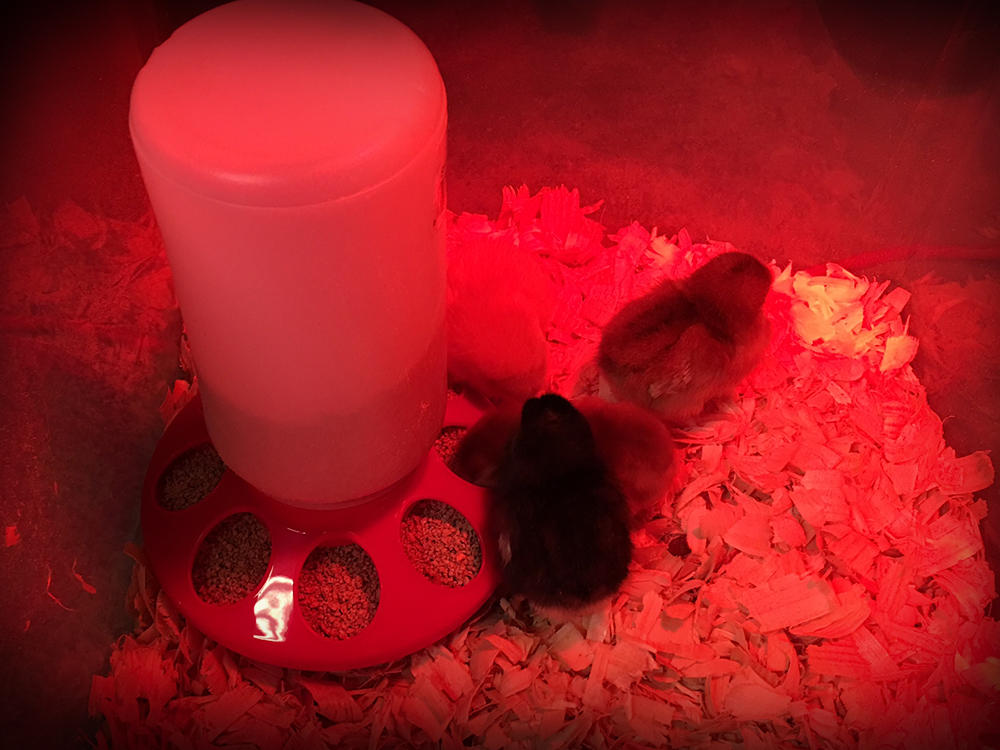 Well we did it.  Exactly what we said we wouldn’t do actually… we bought chicks yesterday, before the coop is built.  Now we are committed, not more screwing around on the build.  This weekend we should make hella progress on the chicken coop and build those little chicks a home.  But you don’t care about that – you just want to see little chicks huh?  I don’t blame you.  Here…

I know what you are thinking… those are some pretty hot chicks.  That’s cuz the heat lamp.  We got 6 in total.  2 – Barred Rocks, 2 – Production Reds & 2 – Buffs (Buff Orpingtons).  We will probably add 2-4 more along the way (I’m trying to talk Shala into 1 Rooster… just to strut around and crow at 5AM… she isn’t buying it yet though) – but these are just to make sure we can do it.  I won’t lie, these little gals are cute – fuzzy and will melt your heart a bit.  Liam is in love – I mean like brain is melting out of his head a little bit… mind blown.  He had to check them at least 5 times last night before he crashed for the night.  He named them too – ready?  Zoe, Chloe, Carly, Red, Peppa & shit… I can’t remember the last one (I’ll report back when I figure it out).  He loved the whole process from picking them out, to getting their lil temporary bin ready – feeding.   The whole deal – let’s hope it lasts.

Shala said when we were leaving the feed store…

“We need to be sure and handle them a lot as chicks, it will get them used to us and make them friendlier as they grow.”

After about 10 minutes after being at home and Liam had picked up the chicks 90 times, as they squeaked for dear life, Shala said…

“I don’t think we will have to worry about them being handled.”

Stay tuned, this chicken adventure is just getting started!  Here’s another pic of Shala & Liam falling in love. 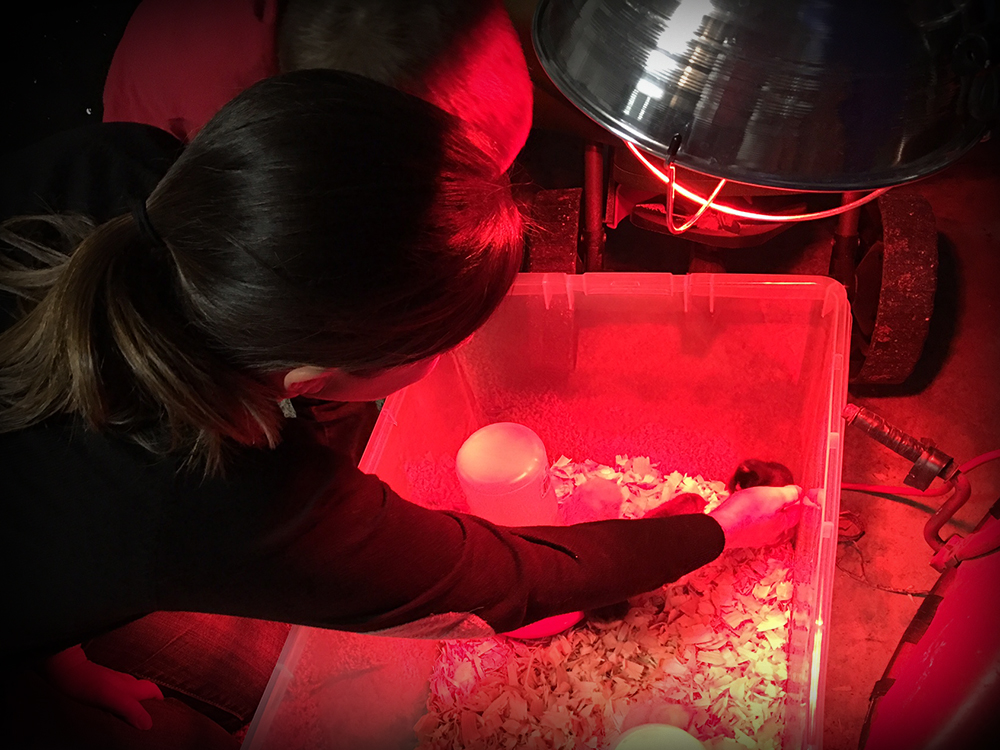 Update: The last chick’s name is Susie.  Confirmed by Shala.

DoubleDanger Tip: How to care for baby chickens (chicks)

Quickly, if you need a temporary home for your chicks – we used a tote (we picked one up at Lowe’s) and some pine shavings (did you know that cedar is toxic to chickens?).  We also picked up some cheap feed/water containers from the feedstore and some feed to get the little chicks started.  You will also need a heat lamp or some sort of heat source for them – as they need to stay warm!  We had a heat lamp that we used and it is all said & done.  Easy-peasy.