We had planned to get some colorful art for the office when we first painted it, so the fact that these were colorful & teamed with the fact that we knew the artist – made it all seem perfectly clear.  We had picked the right pieces.

On Thursday night we had arranged a get together (well Tim did all the arranging, we just showed up with a couple gallons of tea and a smile) where we could eat, meet, greet and eventually exchange paintings for cash.  We had been waiting months for these paintings, so the build up to the actual point of exchange was getting pretty intense.  I know Ghost had to be feeling the same, since I hadn’t seen the new painting and he based it off of emails sent back and forth.  He told me later that he was as nervous as I was and we needed to get it over with so we could enjoy the rest of the evening. haha

Sure enough after showing up at Tim‘s not 10 minutes had passed before Ghost and I both had to get it over with.  He went back to a room and unveiled them to us.  Very nice.  No one was heartbroken, no one was hurt and no one was left empty handed.

The first painting he did (Stellar), we had only seen over email and the picture we saw did it no justice.  It was awesome, and with the companion piece – we knew it would look great and really spice the room up as a whole.  We had painted the walls a prison cell grey, so the pictures have no choice but to pop sitting on that color.  After hanging them up this weekend, we were very happy with them.

The pictures will be better when we finish the room out completely, but for now at least you can see them on the wall.  The first one is of “Stellar” (the first one we bought), then the second picture is of “With the Brilliance of an Angel”.  Enjoy. 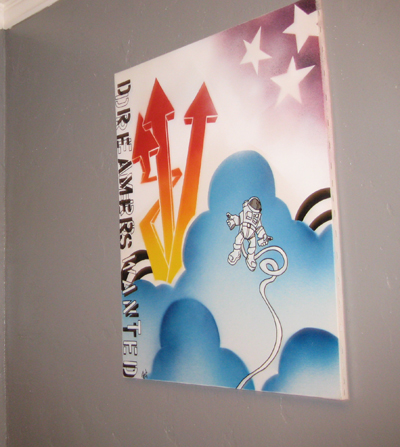 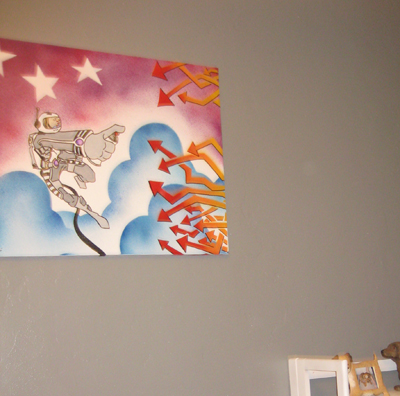