It is hard to admit it sometimes.  9 times out of 10 though, you can learn more from mistakes than when you do something right.  Hard to believe but it is true.

When we first redid the flowerbed at the front of our house we were so excited and failed to do some key things that would have saved us a lot in the long run.  We had no clue about this freakin’  “nut grass” situation.  If we would have known… we probably would have used a sifter or something.  Boneheads… we are such boneheads.

Oh well… we made a mistake.  It feels good to get that out in the open.

Now how are we planning to learn from that mistake?

First of all, we decided we needed to get the Verbenas out of flowerbed that hadn’t been choked out by the nut sedge arleady.  This was easy since the groups had been planted earlier this spring… so they came up quickly.  We left the Nandina in place for the time being, however we are planning on moving it somewhere and back once the “nut grass” is under control.

Once we got everything out, we decided to murder out the nutgrass with a product we bought from the store.  I can tell you, because we want to be honest…  it wasn’t organic.  Sorry.  Nut grass sucks so hard though.  Forgive us.

Shala did it.  She is the one that actually sprayed it.  Blame her.  haha  I wanted to just set it on fire, pee on it and then stab it with a spoon until it was gone… but she wouldn’t let me.  More than likely it was because the flowerbed was in the front yard… wouldn’t be good for the ‘hood.  I’m sure if it would have been the backyard – she would have let me.  Maybe next time. 😉

Anyhow, after takin’ care of our little nut sledge problem (hopefully) – we took the Verbenas and gave them all their very own pot to play in.  They high-fived us and we all were happy to move on from our mistake. 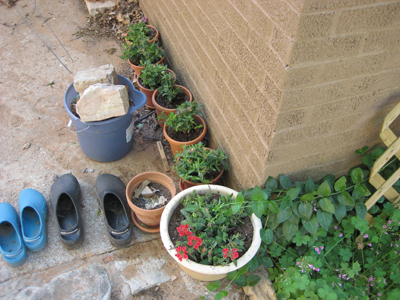 Now we wait for the nut grass to die out, we dig it up and get to sifting.  We did plant a ton of bulbs between the side of the house and our stepping stones to get throught the flowerbed.  Those have all came up and we realized we wanted to do a better job on that in the future.  We will pull the bulbs after they all bloom – re-organize it all and be ready next year.

One of the bulbs were Lilies and they are starting to bloom – so we are going to let them, then move them afterwards. 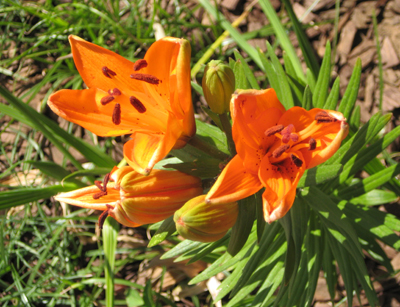 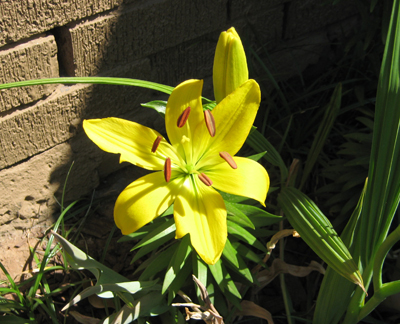 The moral of this story…

If you make mistakes… fix ’em & learn from them.  Gardening is just like anything else.

4 thoughts on “Sometimes We Make Mistakes”